1956 – Established by Dick Mueller and Steve Ulik
The BPI Color Story starts in 1956, this family business was born and it was all about “blueprints” and the support of all things requiring large format documentation.  Blueprints, Inc. provided the Architectural, Engineering, & Construction (AEC) industry as well as the industrial / manufacturing industries with all the design and drafting tools necessary to produce and reproduce large format documents.  In the 1950’s and 1960’s the only way to make copies of large format drawings was either via a large camera, up to 48” x 72”, or the  “Blueprint” process (developed in Germany).  At the time, blueprinting was the NEW reproduction technology of the day.  It required care and caution due to the use of caustic chemicals.  But just like today’s technology it was cheaper, easier and much faster than a photo or a manual copy.

1970’s
In the late 1960’s and 1970’s the business of blueprinting and Blueprints, Inc. embraced the making of large format copies via a new technology, namely the Diazo or “Blueline” process. Diazo printing was much cheaper, easier and much faster than either the blueprint or the photographic process. This was indeed a game changer and Blueprints, Inc. not only offered this high-speed, high volume reproduction process as a service but we also sold and serviced this advanced technology directly to the AEC and manufacturing companies throughout the state. Additionally, in 1967 Tom Brandt replaced Steve Ulik as Vice President and owner/partner.

1980’s
In the 1980’s massive pen plotters started to appear in the progressive offices of manufacturers, engineering and architectural firms. These mammoth plotters received the first digital computer-aided design files and turned them into drawings at “lightning” speeds vs. hand drafting. However, plotters were very expensive to own and operate, and required expensive pens to deliver their large format output. By the end of the 80’s Blueprints, Inc. was delivering tens of thousands of pens to its customers every year. Also in the 80’s the first large format Xerox copy machines hit the market which Blueprints, Inc. quickly embraced. Over the following years we have delivered thousands of miles of paper and tons of toner to thousands of devices. This has saved millions of dollars and tens of thousands of man-hours reproducing various sized documents.

1990’s
In 1990, the family business passed to the next generation when Steve Mueller purchased the company and became president of Blueprints, Inc. At that time there was one location and 12 employees.  Since then, Milwaukee has remained the corporate headquarters; but there are now operations in Menomonee Falls as well as two fully operational locations in Madison. As has always been the case, the company continues to embrace technology, offering its employees new opportunities via training in technology and remains committed to its customers as a true partner.  In 1996 Blueprints, Inc. became known in the communities it served as “BPI” because the company could no longer make a “blueprint”. However the most significant milestone of the 90’s came in 1999 when Pat Feely joined the company as an owner/partner. As Vice President of Operations, his talents have driven operational efficiencies and employee advancement to new levels.

2000’s
BPI’s customer base has grown from 150 customers in the 1960’s to more than 2150 at the end of 2015 with customers now in 15 states. The BPI team has grown to over 30 professionals bringing over 300 years of large format experience to our partners/customers. Our experience reflects a quote made by our founder Dick Mueller long ago, “Experience is a very cunning teacher. We pay the price first, get the lessons later.  And we would all be richer if we could sell ours for what they cost us. So it’s just good business to profit by the experience of others.” We work hard to ensure that each and every customer gets that added value of our 300+ years of experience.

Today
Under the leadership of Chief Financial Officer Ron Kuzia, Vice President of Operations Pat Feely and President Steve Mueller BPI Color has a new name, has undergone a rebranding effort and has poised itself for the future that the digital world brings. Today’s fast-paced technological and information age requires maintaining a solid footing in the products and services that our customers have come to rely on us for while also making room for new products and services that the customers expect and deserve; such as large format color printing and cutting services and digital scanning and storage services. The values of experience, longevity, relationships and family are key attributes ingrained in BPI’s belief that the relationship with our customers is the most important aspect of our business. We take that relationship very personally and we are thankful for each and every customer. 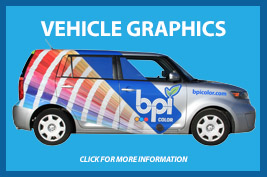 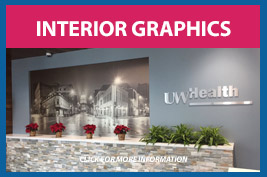 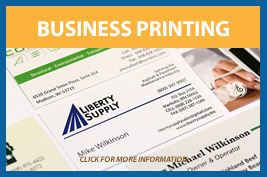 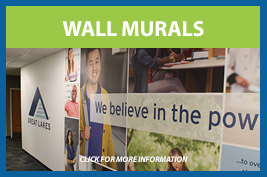